According to NIMH, as many as 1 in 200 children in the US may suffer from PANDAS/PANS, which is post-infectious autoimmune encephalitis caused by Streptococcus.

A child may be diagnosed with PANDAS/PANS when OCD, tic disorder, and/or other symptoms appear (or become worse) following a strep infection, such as strep throat or scarlet fever.

PANDAS is a pediatric disorder that typically appears from age 3 to puberty.

Some cross-reactive antibodies target the brain molecules causing OCD, tics, and other symptoms of PANDAS. 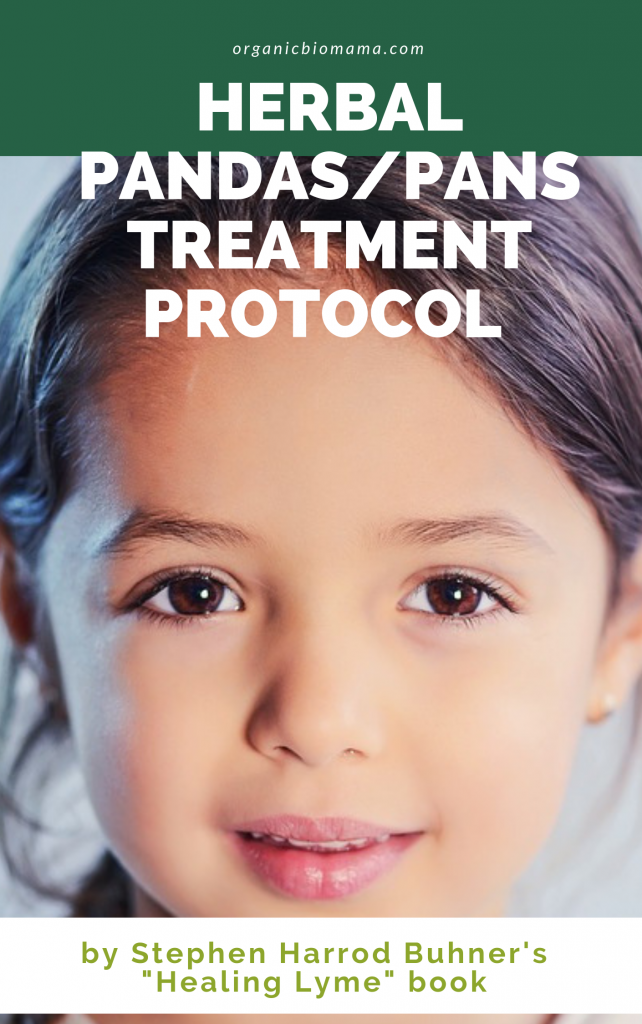 What are the symptoms of PANDAS/PANS?

Some of the symptoms of PANDAS/PANS:

More about the symptoms:

How to get the child to drink the tinctures

You can put the drops in a small medicine cup, then ad some juice. If it’s still too bitter, then add the drops to a cup of juice. Grape juice can cover up the bitterness.

1). PANDAS treatment method from Jacklyn, who saw the improvements in two weeks:

Hi! My name is Feruza. I am from sunny Uzbekistan. Currently, I am a stay at home mom of two beautiful boys and have a wonderful supportive husband. I hold Masters' degree in Multimedia Engineering, but at this moment, I am just a Mom. With all my love to my family, I try to nourish them with wholesome foods always trying and experimenting new recipes. My hobbies are languages, healthy lifestyle, nourishing food, books, sewing, knitting, DIYs, homeschooling, and much more! I felt the need of my own corner where I could collect all of my favorite recipes and information without losing them. And here it is! Enjoy!
View all posts by organicbiomama →